Where is Caravanning Set to Head in the Future?

From futuristic caravan technology to caravan holidays in the future, we take a look at the future of caravanning.

With technology always changing and adapting, it’s more than likely that we will see some very exciting and awesome changes to caravans as well as the gadgets and accessories that come equipped with them. Although the traditional look and feel of caravans haven’t changed that significantly over the last couple of decades, you can see from innovations such as the Alu-tech Body Shell for Bailey Caravans that there is scope for futuristic caravans. Just compare the Bailey Range to Bailey Caravans of the past and you can see distinct modern features but features that adhere to the classic Bailey style.

There are also futuristic concepts that exist to reduce energy and fuel use and make tourers more efficient on the road. With environmental responsibility and green solutions looking to become a huge point of interest and importance – it’s highly likely that this will already enter the caravanning world and has already been seen with a number of tourers and concept tourers. The future of caravan holidays may change too but that is just some good old speculation – especially due to recent times. So read on to learn more about the future of caravanning.

It’s unlikely that we will see hover caravans however fully electric and hybrid campervans exist on the market for example and these are perfectly suited for eco-friendly caravanners. With the framework for electric technology being introduced across the UK with charging points and other systems – it’s possible to make the switch to electric in terms of your towing vehicle and then tow your tourer with your electric vehicle. There are now several electric models across the ranges from coupes to SUVs so if you are looking to tow a light or heavy Bailey tourer – you are able to find an electric vehicle that can tow your tourer in every class.

In terms of concept caravans and caravans that are looking to be developed, there has been some chatter about major manufacturers looking to design concept tourers and electric campervans. In terms of concept tourers, the manufacturer Knaus Tabbert GmbH has developed a concept called, “Caravisio – The Caravan of the Future” which is priced at a staggering £500,000. This is an amazing concept that really pushes the boundaries of what we may see from tourers of the distant future and with concepts such as this being developed – it may be a future that’s closer than we thought.

The Future of Caravan Holidays

There’s no doubt that caravan holidays are becoming more and more popular – especially during recent events. With classic holidays such as travelling abroad being disrupted – holidaymakers have found that they have had significant amounts of money put back in their pockets and have had to arrange for holidays around the UK. This has exposed a vast amount of people to the wonders of the UK and has proven that you can have amazing holidays whilst on a budget. This is why caravan holidays are so exceptional – you can make memories that last forever with your family at a fraction of the cost of a big holiday staying at hotels and paying for flights. It’s also safer should you have vulnerable members of your family. 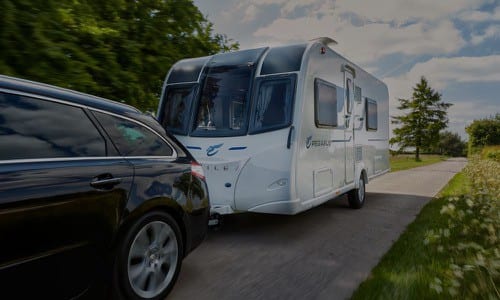 We believe that the future of the UK holiday industry will definitely have caravanning as one of the most popular ways to travel. With staycations as well as other shorter breaks looking to become more popular – purchasing a caravan is definitely a great idea. We are one of the leading providers of caravans in Cardiff. If you are looking for your next or first Bailey Tourer – get in touch with our team today.