The History of the Caravan Discussed by Bailey Wales 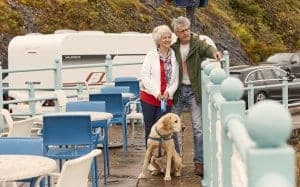 From the beginning of their invention to the modern day, the history of the caravan is very interesting. From looking at the modern innovations in Bailey caravans today in comparison to the caravans of old it’s impressive to see where caravan technology has come in the last 120 or so years. Bailey Wales have offered caravans from our caravan showroom in Swansea for many years. In this article, we will discuss the history of the caravan as well as where caravans could possibly be heading to in the future. The history of the caravan is extensive and there’s a lot to learn about the modern caravan from looking at the past. If you also require additional information regarding caravans in Wales then contact Bailey Wales in Swansea by filling in a contact form on our website or telephone our team today on: 01792 643 326

The First Caravan is Invented

In the 19th Century, Dr Gordon Stables designed and eventually commissioned the world’s first leisure caravan. The caravan was aptly named ‘The Wanderer’ and was made out of maple wood and mahogany. Being 30 feet in length, this caravan was an extensive vehicle requiring a valet to move ahead to warn travellers that the caravan was approaching. The caravan had an impressive capacity, managing to house a piano, china cabinet and bookcase inside of it. Caravans were used throughout history for trade, transporting weapons and other goods. The famous ‘Silk Road’ and Roman trading system involved intricate caravan trading systems. Dr Gordon Stables however is credited for inventing the first leisure caravan and arguably set the wheels in motion for the modern caravan to be produced.

Motors and Vehicles Change the Way

1919 saw the first touring caravan being invented only a year after the First World War. The Eccles car-pulled caravan birthed modern British caravanning with the first model being priced the sum of £90. Although seeming modest in price, that’s just over £3200 today and would have been a significant investment at the time. The 30s saw more affordable caravans being introduced which became very popular with the middle class. Companies were working hard to create more streamlined caravans which reduced the weight of the vehicle. This was paving the way for Eccles who saw a huge increase in popularity during the 30s. Their National Caravan was produced on a mass production line and whilst being cheaper to produce, the caravans stayed at their luxurious status. Caravans were developing closer to the modern caravan that we love today.

Transition to the Modern Caravan

With the introduction of integration of GRP in the late 50s, caravans were becoming more and more modernised. In the 1970s, showers and other ‘luxury’ items began to appear inside of caravans and in 1996, the Bailey Ranger was produced. A luxurious, light, well finished and affordable for many families the Bailey Ranger was a huge success being a top seller right up to 2010. The modern caravan started to see interesting innovations such as bespoke caravans being created as well as sea caravans which could even travel on water. What will the future hold? Only time will tell but with the innovation and talent that is the industry, it’s highly likely that the interior and exteriors may be worked upon in the future. The inside of caravans could have additional features added (as we are starting to see smart technology implemented in the home.) Perhaps smart caravans may appear as this technology becomes more popular so it will be interesting to see where caravans develop in the future.

Summary of the History of Caravans 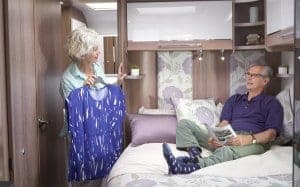 It’s very interesting to see how we have gotten to the modern caravan from the early invention and conception of ‘The Wanderer.’ The Bailey range is no stranger to innovation with the Alu-Tech construction system being the first of its kind in the UK. This system uses all of the individual body shell components of the caravan rather than just from the chassis. The features of the system are as follows:

As a result the caravan is supplied with a comprehensive manufacturer’s warranty and an extended bodyshell integrity guarantee* to provide you with long term peace of mind.

If you are interested in finding out more about the Bailey range or if you are looking for touring caravans in Wales then enquire with Bailey Wales today or telephone our friendly team directly on: 01792 643 326